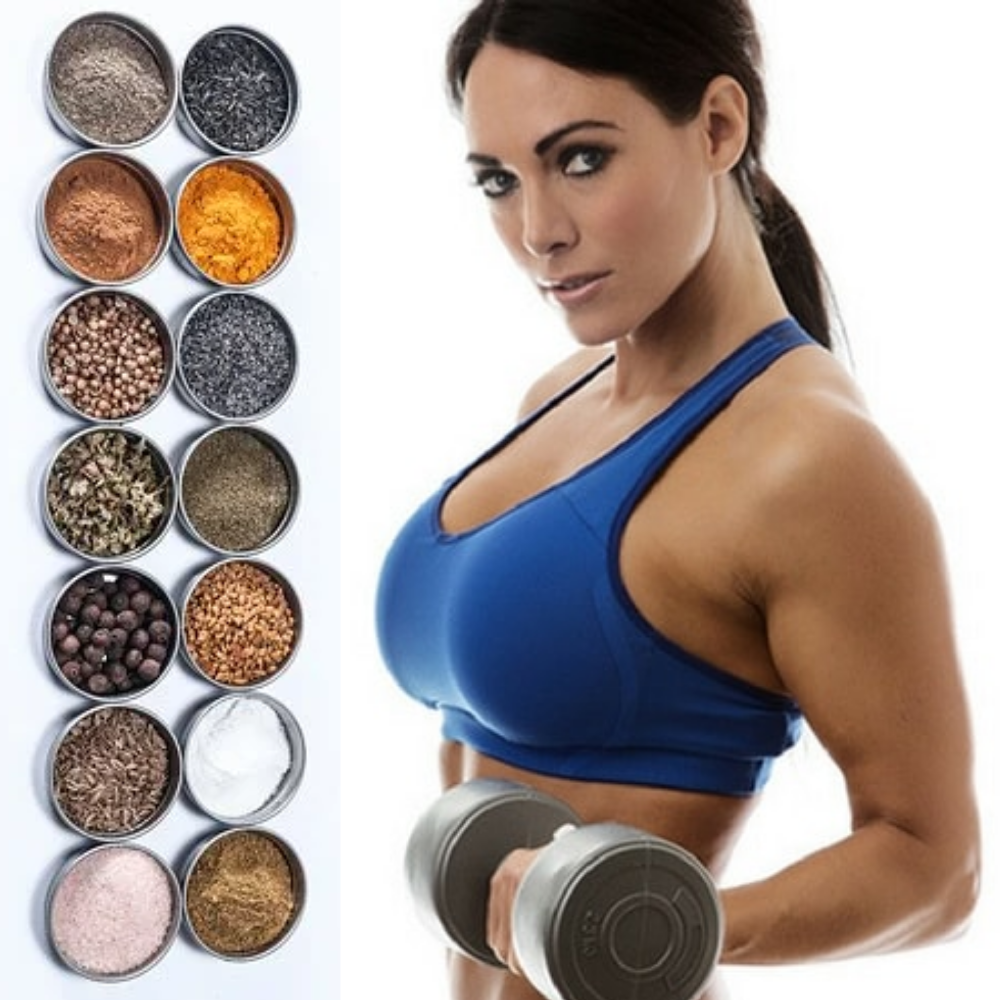 Every time you flavor your food with herbs or spices, you’re boosting your food without adding a single calorie. You can transform something ordinary and bland into something truly extraordinary tasting and beneficial to your body just by generously adding herbs and spices to foods.

Did you know that certain herbs and spices contain a wide variety of some of the most potent antioxidants of any food? In fact, many herbs and spices have even greater antioxidant activity than fruits and vegetables, and some spices such as cloves, turmeric and cinnamon have up to 10 to 50 times more antioxidant content measured in ORAC value than blueberries.

The antioxidant benefits of spices include a very powerful type of protection against many serious diseases such as cancer, heart disease, diabetes, arthritis, macular degeneration, Alzheimer’s disease and aging in general.

Herbs and spices add a great deal of flavor, and when combined with the nutrition

When combined with the nutrition of other foods, they actually exponentially increase the natural antioxidants, phytonutrients, and anti-inflammatory potency of foods.

In addition to super antioxidants, herbs and spices can also: 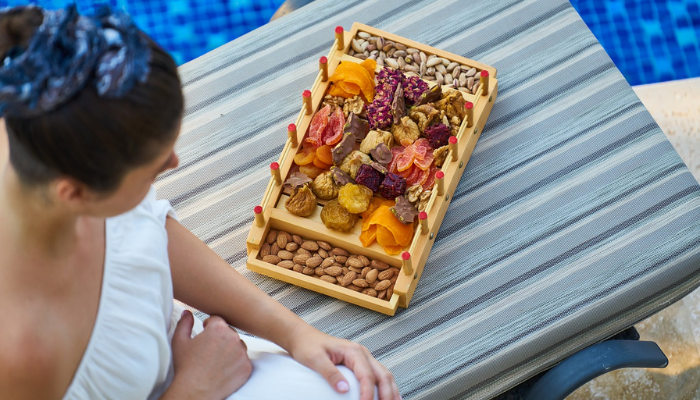 Here are 10 of the most potent super herbs and spices you can eat:

Basil is also an excellent source of beta carotene, a powerful antioxidant that prevents free radical damage. Free radical damage is the leading cause of heart disease, cancer and many other serious health conditions, as well as aging. Because of its dark green color, it is an excellent source of vitamin K, calcium and magnesium, very good for bones. It is also a great source of iron, manganese, vitamin C and potassium.  Use both fresh and dried basil generously in your foods to maximize its benefits.

Cinnamon is very effective in helping to stabilize blood sugar levels, making it very effective for people with diabetes (type 1 and type 2). In one study of people with type 2 diabetes, just two teaspoons a day reduced blood sugar by as much as 20-30%, and also reduced LDL cholesterol and triglyceride levels.

Cinnamon also has potent anti-inflammatory properties and helps relieve pain and stiffness in muscles and joints, including arthritis. Cinnamon has a positive effect on brain function, and smelling cinnamon, or chewing cinnamon-flavored gum, can possibly help improve memory and attention. Cinnamon also reduces the inflammation of blood vessels that leads to atherosclerosis and heart disease, and has antifungal and antibacterial properties.

It can even indirectly help control abdominal fat:

While cinnamon has dozens of health benefits, the main one, which will help you slim down, is its strong effect of controlling sugar levels in your body.

In a study published in 2003 in the medical journal Diabetes Care, groups of people were divided into groups taking 1, 3 or 6 grams of cinnamon a day in capsule form (the equivalent of about 1/4 to 1 teaspoon of cinnamon).

The results of the study showed that the 3 amounts of cinnamon reduced fasting blood glucose levels 18-29% after 40 days.

As you know, chronically elevated insulin levels can cause your body to store more fat.

Try cinnamon in your smoothies, yogurt, healthy baking recipes, oatmeal, mixed with berries, or as a healthy addition to your coffee or tea.

Cayenne pepper reduces LDL cholesterol in the blood, triglyceride levels, and decreases blood clot formation, all of which prevent heart attacks and strokes. And cayenne is a very effective anti-inflammatory and pain remedy for everything from headaches to arthritis and muscle aches, clears nasal congestion and strengthens the immune system.

Try cayenne pepper on eggs in the morning, in soups, stews, chili, meatloaf or as a spice to increase metabolism!

Free Radical Absorbance Capacity of all spices and herbs.

Cloves can be a great healthy addition to hot teas.

Cumin, like cinnamon, helps keep blood sugar levels stable, which means it is ideal for diabetics or pre-diabetics, and also less likely to gain weight and accumulate excess body fat. Cumin has been shown to work as well as other drugs generally used to control insulin and glycogen in diabetics. Cumin is also a very good source of iron, vitamin C and vitamin A, which benefit the immune system.

Curcumin is more effective at slowing the development of Alzheimer’s disease than many drugs because it decreases inflammation and oxidation in the brain.

Most importantly, turmeric is one of the most potent spices against cancer and helps protect you.  Turmeric and its derivatives are being studied in alternative cancer treatments.

Try this trick: Using black pepper along with turmeric (I use this combination on my eggs every morning) helps increase the absorption of curcumin in the body.

Rosemary is very effective for respiratory problems such as asthma, chest congestion, and respiratory infections. Rosemary not only adds a delicious flavor to meat dishes, but also aids digestion by stimulating the gallbladder to secrete bile. Rosemary protects your body against harmful cancer-causing toxins and prevents colon, stomach, breast and lung cancer.

Fun fact: If you are grilling meats, marinating it for hours beforehand in liquid mixtures containing rosemary and other herbs/spices can help greatly reduce HCAs (heterocyclic amines), carcinogenic compounds that form when meats are grilled.  Thus, using rosemary, thyme, garlic, oregano and other spices in a marinade before grilling meats can drastically reduce any carcinogens that normally form in grilled meat.

The antioxidants in rosemary and thyme marinade were specifically cited in studies as potent inhibitors of HCA formation when meat is grilled.  However, it was also noted that other spices such as garlic, oregano, and others can help prevent the formation of HCAs, so I suggest using several, which also taste great!

Another important point about grilling meat: Remember that the more cooked the meat is, the higher concentration of carcinogenic HCAs will form, so the healthiest choices are the least cooked, red, medium red, and rare.  Anyway, I never understood why anyone would want to ruin a good steak by burning it.  But hey, if you’re one of those people who likes their steak well done, remember that you’re eating a lot more carcinogens than if the steak was less cooked, so be sure to fill up on antioxidants (spices, teas, berries, etc.) to help fight off those extra carcinogens.

Wash down your grilled meal with a glass of unsweetened iced tea (rich in antioxidants) and also a nice salad with lots of raw vegetables can provide you with the antioxidants needed to counteract the effect of HCAs from grilled meat.

By the way, grilling vegetables creates different carcinogens such as acrylamides, so don’t think that the negative effect of charring only applies to meats.

Ginger is also a soothing remedy for sore throat from colds and flu, due to its antiviral properties. Ginger also helps soothe coughs and is an effective expectorant. Try a tea made with hot water with a few slices of ginger and a small amount of honey and lemon as a soothing tonic when you are sick.

Since ginger is a strong anti-inflammatory, it helps reduce pain and inflammation from arthritis and muscle aches. Ginger also fights cancer, lowers cholesterol and prevents the formation of blood clots that cause strokes or heart disease.  I sometimes like to use a piece of ginger root in my hot teas, iced tea, and, of course, I love to pile ginger on top of sushi!  I take a couple of capsules of ginger a day, as it is not used as often in dishes as some other spices.

Thyme helps prevent cancer, improves memory, is used in the treatment of Alzheimer’s disease, calms the nerves and relieves depression, nightmares and insomnia. An interesting new discovery about thyme shows that it actually increases the amount of DHA (an important ingredient of omega-3 fatty acids) in brain, heart and kidney cells. 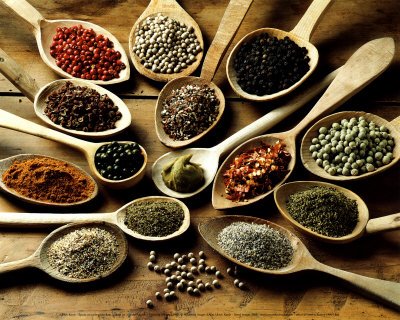 Here are other health benefits of some of the most popular herbs and spices:

There are three specific spices that I personally know are so potent, I try to take them in capsules daily, because I can’t always use them in my daily meals… and they are:

Turmeric, Cinnamon, and Ginger.  They are very inexpensive in capsules, too.  I usually take 2 capsules a day of each of these spices unless I use large amounts in certain meals like a curry dish, for example.

Spice up your life, and enjoy all these super health benefits! 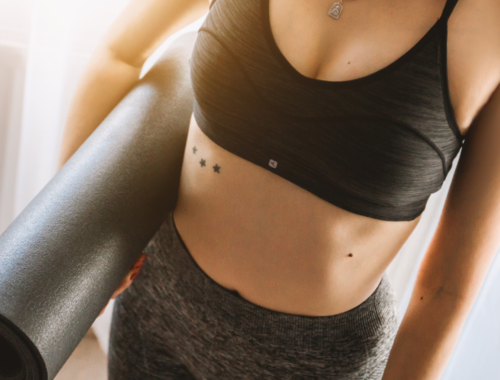 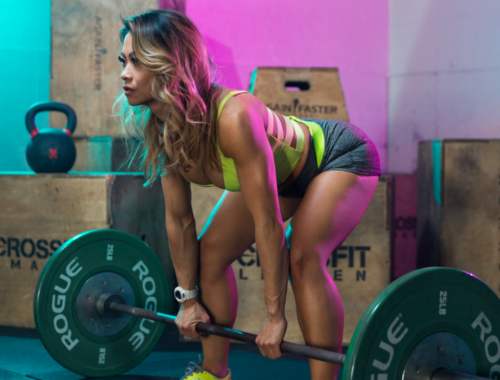 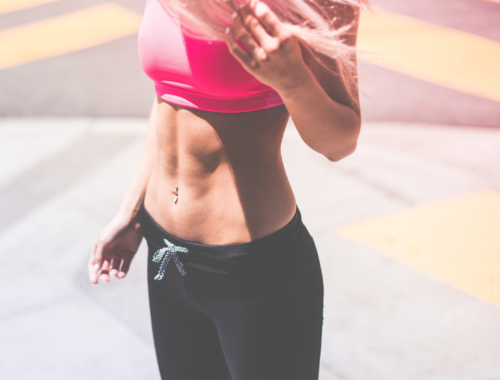