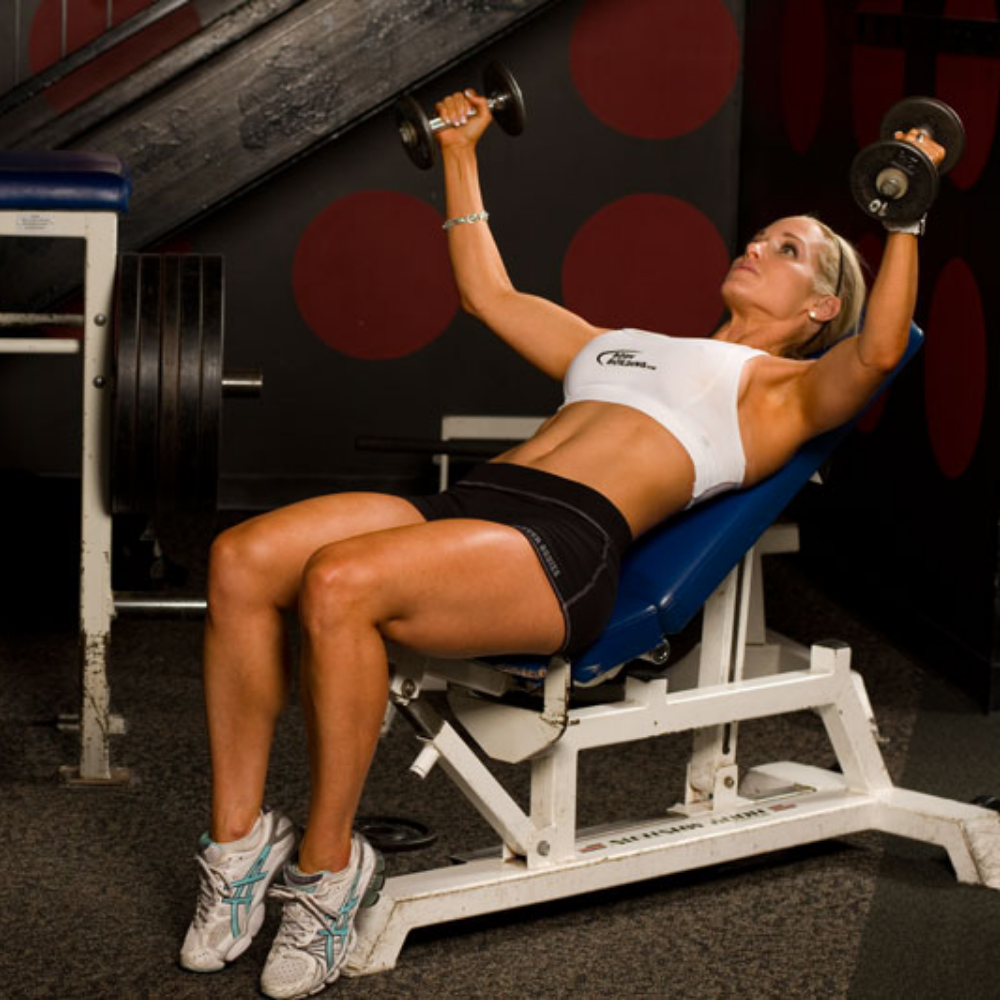 Increase the depth and definition of the chest with this movement in flat bench.

Keep your elbows locked and slightly bent to isolate the chest. Imagine that you are trying to hug the trunk of a large tree while joining hands describing a large bow.

* Lie on your back on a flat bench with your feet flat against the floor. The head, back and buttocks should be in contact with the bench.

* Grab some dumbbells with palms facing each other and arms extended on the chest. Lock the elbows and fold them slightly.

* Inhale deeply and hold your breath while lowering your arms directly to the sides.

* As the arms approach shoulder level or slightly below, contract the chest muscles to reverse the direction, keeping the elbows slightly bent. Follow the same arc as you raise your arms to the vertical position and expel the air.

* Avoid using too heavy weights, which would force you to bend your elbows excessively and lower them to a level well below shoulder level. Folding more elbows transforms openings into a pressure movement, changing the way it affects muscles and facilitates injuries.

* The breathing rate is crucial. When you breathe in and hold your breath, the rib cage expands and stabilizes the torso and so the muscles involved have a firm base from which to push. If the rib cage is not held steady, the ribs will move as the muscles contract, resulting in a weaker contraction. Start by expelling the air or do a forced exhalation to quickly relieve the pressure in the chest once you pass the most difficult point of the ascending phase.

* Dumbbell openings are one of the best exercises to fully develop the main muscles of the middle pectoralis, but only if the arms are perpendicular to the torso. All other actions involving the pectorals mainly use the upper and lower areas. Keep your arms slightly bent and in line with your shoulders.

* The peck-deck apparatus can double the muscular participation of the dumbbell openings.

»To increase stability, keep your feet on the ground throughout the exercise. Do not place them on the bench by trying to relieve tension in the lower back, as this practice greatly reduces stability and increases the chances of injury. 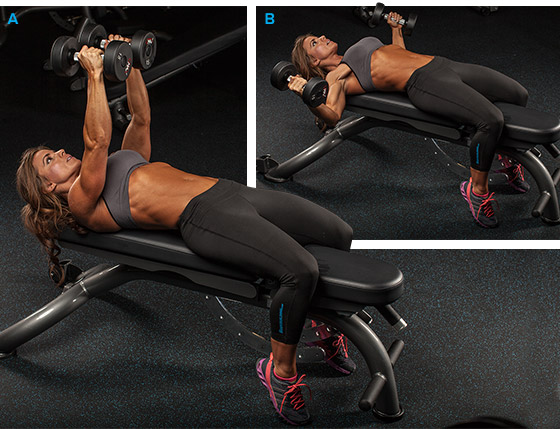 In the openings with dumbbells are involved the muscles of the shoulder joint and the deltoid band, which are: pectoral, anterior deltoid, coracobrachial and serrate. The pectoralis major – the great muscle that covers the majority of the chest originates in the frontal border of the clavicle, along the sternum and in the cartilages of the six first ribs near the sternum. The anterior head of the deltoid is one of the three that form the shoulder. The coracobrachial is a small muscle under the deltoid and the pectoralis major in the front and inside of the arm.

In the horizontal adduction of the shoulder joint, the arms move from the sides to the front of the body in a line perpendicular to or at an angle to the torso. In scapular abduction in the deltoid band, the muscles move the scapula from the spine to the sides of the ribs as the arms move toward the midline of the body.

Dumbbell openings are used in bodybuilding to develop the chest and the anterior shoulder in addition to the serratus. The combination of horizontal adduction of the shoulder and scapular abduction is very important in all actions involving extending the arms to the front or embracing as in gymnastics, especially in the rings; In boxing and martial arts; In rugby in tackles and grabbers to the contrary and in powerlifting in bench press. These actions are also used in tennis and other racquet sports, in baseball when throwing a hand and throwing a disc when it is released.

HOW TO TAKE PROTEIN?

CIRCUIT TRAINING IN TWO DAYS FOR FITGIRLS: "GET TO POSSESS A BIKINI FITNESS BODY" 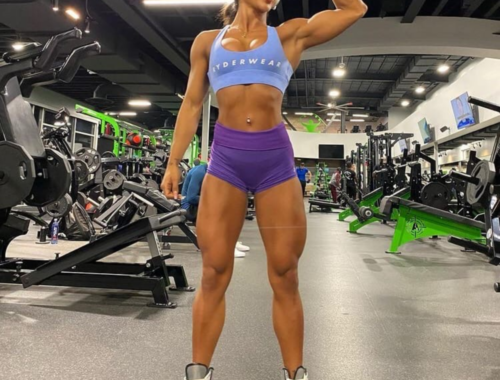 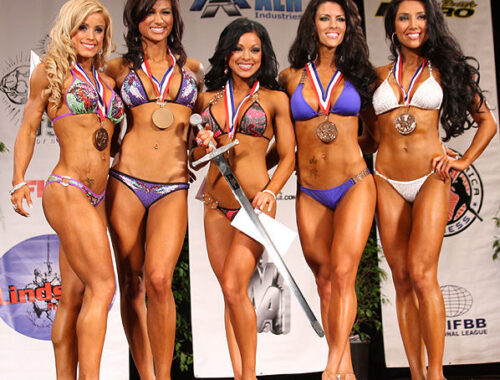