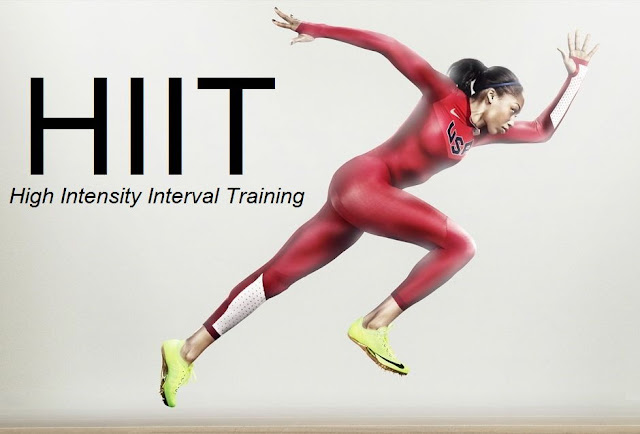 To restore the lost energy, some consumers energy pathways are disabled, such as protein synthesis, decreasing muscle  rowth. Additionally, if the energy deficit caused by cardio is too severe, the body muscle protein as energy oxidise, leading to loss of muscle mass. Because of these disadvantages of low intensity cardio, it has become more prevalent a different type of cardio known as HIIT (interval training high intensity).

HIIT has an incredible ability to reduce body fat more potent than low intensity cardio without causing havoc on the energy levels in muscle cells form. In the HIIT you have to work at 80-90% of your maximum capacity for about one minute, accompanied by recovery periods of 40 to 50% of maximum capacity, for another minute. Many studies have shown that subjects who practice HIIT improved their cardiovascular capacity and burned more body fat than those who made programs for low intensity cardio and also promoted a more anabolic environment that supported muscle growth.

A study Boutcher et al showed that HIIT increased testosterone levels while the standard cardio reduced. Several studies have concluded that low-intensity cardiovascular exercise suppresses circulating testosterone levels for up to three days. It has also been found that low intensity cardio not only reduces total testosterone levels but also reduces testosterone bioactive form. This was observed in a study of Hackney et al. In which testosterone and complete and bioactive form of the hormone in 11 subjects with no experience in training and 11 people practicing resistance training compared. The total testosterone and free testosterone were much lower in subjects with experience in training, indicating that resistance training reduces the production of this hormone. Scientists have shown additional effects on muscle development associated with HIIT. This training increases insulin signaling and improves glucose influx muscle cells, providing more energy to the cells thus improving muscle performance, while optimizing protein synthesis to more muscle growth.

IN SUMMARY The extended reduction in testosterone levels derived for several days of low-intensity cardiovascular workout promote a considerable loss of muscle mass, while the HIIT tends to favor a more anabolic environment that enhances muscle growth. In addition to burning fat and support a more robust anabolic environment, research has also shown that HIIT burns fat for a longer period of time, after training, compared to low intensity cardio. Scientists think this is because HIIT’s ability to increase production of PGC1-alpha1, which stimulates mitochondrial function in muscle cells.

Because mitochondria are the energy-producing organelles in cells oxidize fat HIIT capacity to improve the activity of mitochondria increases the ability to burn fat, during and after exercise. In fact, studies show that high intensity exercise is needed to burn calories after. HIIT’s ability to increase PGC1-alpha levels in the muscles has additional benefits beyond muscle cells. Which has a direct influence in adipose tissue. Specifically, it has been shown that increased levels PGC1-alpha in muscle cells induces expression of a newly identified protein irisin, which binds to receptors on the surface of brown adipose tissue (TAM).

Irisin binding to receptors on the TAM activates a process known as thermogenesis, which stimulates energy expenditure and fat burning. Consequently, the exercise protocols such as the widely HIIT levels increase PGC1-alpha in muscle tissue, seem to increase the expression of irisin stimulating thermogenic activity in the TAM. Besides being less than HIIT time to burning fat, low-intensity cardio reduces the ability to develop the dough. This is because a lot of energy is consumed, which tends to activate the AMPK molecule. AMPK activation promotes a considerable loss of fat, but also prevents muscle growth to inactivate the enzyme mTOR directly responsible for protein synthesis and therefore muscle growth. Consequently, cardio promotes a significant loss of body weight. However, much of that weight is muscle mass.

In conclusion, although regimens cardiovascular workout low intensity levels increase PGC1-alpha, protocols exercises such as HIIT induce PGC1-alpha more potent form resulting in oxidation of higher fatty acids are cause loss of muscle mass associated with low intensity cardio. Now, do not get me wrong, I’m not suggesting you to stop doing cardio like that. Resistance exercise low intensity has very positive effects for your health, however, I recommend that you combine it with HIIT, especially if your primary goal is to build muscle mass and increase strength. On the other hand, if you do not mind sacrificing some muscles to see extremely defined and scratched, continues with low intensity cardio and watch those extra pounds melt away. Just remember that some of that lost weight is muscle you build cost so much work in the gym, I’m sure you developed and not easily recover not be easy.

DIFFERENCES BETWEEN COMPLETE AND INCOMPLETE PROTEINS

The Right Way to Crunch, Get Your Six Pack

Amanda Latona secrets to getting a great booty